By DoctorM64 - April 01, 2015
Before you freak out, no, I'm not starting a 3D remake of Metroid 2 from scratch using the Unreal engine or something. It all started when I saw some awesome videos of the Occulus Rift. The awesome results that can be achieved with today's hardware really got me thinking: 3D is the future. 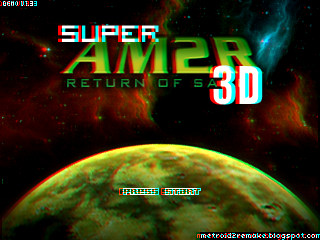 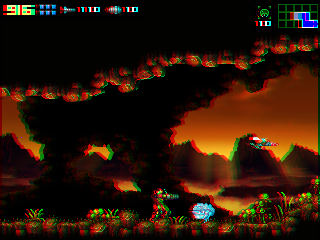 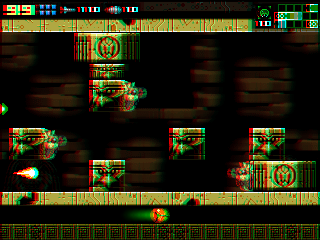 This is the best solution, since it can be enjoyed by everyone, without having to buy expensive hardware. So, in order to achieve the amazing depth, I had to change the way objects, backgrounds and tiles are drawn. They all draw 2 times, with different color blending, in additive mode. This means the game will run pretty slow on older computers, due to all the depth calculations and drawing tricks, but it's worth it. 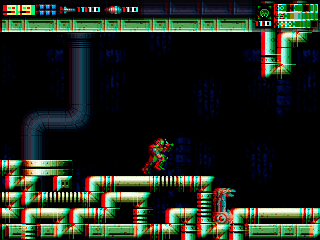 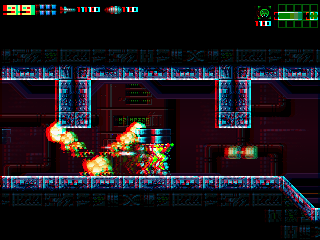 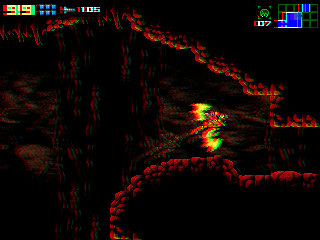 Also, like Batman used to say: With great power comes great responsibility. I added a much needed quicksave feature, very handy to take a break and control the anaglyph induced headaches every 3 minutes. Don't worry if you get too inmersed into the game, a handy full-screen notification will let you know that you need to take a break. Now you have total control of your headache management, and you can enjoy an overall of 2 extra hours of quality content thanks to this feature! 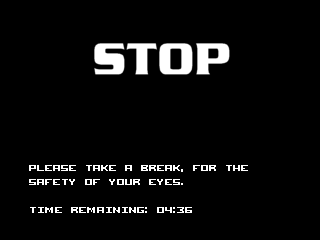 FAQ- Is it free?Of course! AM2R will always be free, in any of its forms. You need to provide your own 3D glasses, though.- Is this an optional feature?Of course not! 3D is the future, and having an option to turn it off would be like wanting to live in the past. It'd be like having options to play the game in black and white, or emulating the CRT effect of a television. Nobody wants that!- Can I enjoy this awesome feature now? Or do I have to wait for an update?You can try it out right now!. The latest demo (1.34) has a stealthy update system that already downloaded the update while you were sleeping (along with mining some data that's useless for you, but that's something for another blog post).
This version does not include the warning screen yet (it will be added in a later update), so if you find yourself being distracted by seizures or hallucinations, it might be a good idea to take a break.So go ahead, grab a pair of cardboard 3D glasses, some popcorn and enjoy the demo in it's glorious, brand new 3D mode.DISCLAIMERBy running the AM2R 1.34 demo ("the demo" from now on), you resign from your right to blame the game, its creators, producers and artists involved in its production for any physical or psychological damage caused by the on-screen effects. The production team will not be held responsible for minor issues like headaches, migraine, dizziness, nausea, disorientation, halluciantions, brain damage, death or blistered thumbs.

V said…
First time commenter. Been following you for years man. Keep up the great work/great April fools pranks haha.
April 1, 2015 at 12:29 AM

GAVITRAX MZ said…
I logged on this morning just to see what you had planned for this years joke doc. Always fun. I still laugh my ass off whenever I think about that dlc shop joke you made a couple years ago.
April 1, 2015 at 2:41 AM

Anonymous said…
Is the three-dimensional function an April fool joke?

Three-dimensional glasses are difficult to get for me who is a Japanese player.

Unknown said…
And I thought all the blue and red bullshit through the game and the "SUPER 3D" thing in the title screen was because my computer was screwing up because I've been having problems lately.

I love you, but not this day, Doc. I'll never forgive you for this. Hahaha.

Even still... Not too sure if it was. You've honestly thrown me into an existential crisis right now, and I hate you.

Anonymous said…
Thanks a lot. I had to set my system date ahead a day so I could actually play the game.

Anonymous said…
When I first saw the post, I was thinking : lol good april's joke that's really fun ! Not as fun as the other m remake but really nice though. Then I opened my 1.34 version... haha you're the worst ! Really that's so great ! Such a machiavellian mind !
April 1, 2015 at 4:04 PM

Unknown said…
Unfortunately it appears I am getting an issue on this end.

I did get the automatic download to work, but because of some things written in the registry from older versions it downloads and runs the incorrect files.

obcd said…
april foools ha the april fools is he will never finish this game ever, ive been following this game since middle school and i graduated 5 years ago ...
April 1, 2015 at 7:15 PM

Anonymous said…
You could consider adding a "3D type" option (With choice to "none", which would disable it, of course) and the "rendering filter" idea for CRT effect and etcetera... Sounds like a cool idea.
April 2, 2015 at 1:05 AM

Unknown said…
PLEASE DON'T DO NOT LEAVE OUT THE OPTION TO TURN IT OFF!! Some people do not have eyes like you. Most people could get seizures from doing that. If you do not make that option, they are not going to play it. Also, most people do not want to wear a pair of cheap cardboard 3d glasses in the house just to play this game especially when peers/siblings are around them. If you are not going to be responsible for the damage that happens to people's eyes, then why leave out the option to turn it off. Nintendo was smart to do so. Please, and I beg you please, put the option or leave it out as a April Fool's joke.
April 8, 2015 at 1:26 PM

Anonymous said…
plese add this feature if you want but please make it optional i just cant stand 3d view because i have no glasses and i have to travel like half of my country árgentina to buy them and i personally dont want to do it so just add it like an option in the menu just like you did with metroid confrontacion
April 16, 2015 at 8:39 PM