Showing posts from July, 2008
Show all

By DoctorM64 - July 28, 2008
Here´s a premix of the main tunnel song, keep in mind that this version will change until the game is released, specially the drums section. There will be more atmospheric tracks, don´t worry. I just wanted to keep alive the original rithm, even if it´s for the first section of the game. About the Metroid fight music: There will be a variation of the fight song for every evolution, Omegas will feature a new song and the Queen battle song will be a remake of the original one. I´m finishing the Alpha Metroid fight song for the upcoming trailer. Started working on the third ruins, I´m still sketching the rooms while finishing some original tiles for the outside part of the temple. Anyway, let me know what you think about the music style, all your comments are really appreciated (Yes, I read them all).
71 comments
Read more 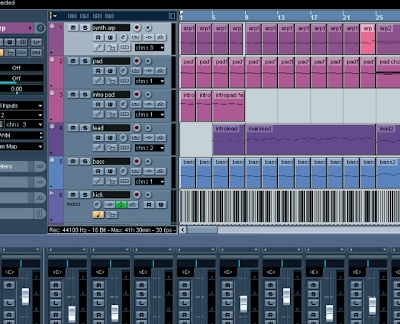 People asked me by mail last week: "Why did you wait so much to start making the game music?". Well, back when the project started I had a very different idea of what the game was going to be like when finished. Now I can see and actually feel how this game is evolving, and these are some ideas I have about the soundtrack: It won't be orchestrated. Not because I can't make nice arrangements, I just want to differentiate AM2R from VonRichter's Metroid:SR388 in terms of style, and this includes music. And besides, VonRichter clearly kicks my ass at composing epic soundtracks. So, I chose a more electronic approach. I'm using some elements from Metroid Prime 1 (filtered drums with background choirs and pads), and the Metroid fights will be like boss battles in Fusion (upbeat techno, just to raise the tension). This kind of sound will fit the game style. For example, the main tunnel theme is catchy and invites to the adventure of exploring SR388. The ruins areas a
39 comments
Read more
More posts