Showing posts from March, 2008
Show all

By DoctorM64 - March 31, 2008
Progress is going to be momentarily paused. Last night I had my first experience at live sound operation and recording. It went pretty well, until my portable rack got stolen. I had most of my recording stuff in there, along with most of my microphones and the audio interface. So, right now I can no longer work. It's gonna take a while to replace most of my equipment, since all the studio gear is imported (there's no national audio industry here). Anyway, I don't like bothering other people with my personal issues, but one of many things I'll have to sell is my home PC, my main development machine. I'll migrate the project to my studio workstation, and resume work when this setback is taken care of. In the meantime, here is the Metroid Map example I promised. If you are into GM programming, and need a simple and effective map, you might find it useful.
8 comments
Read more

By DoctorM64 - March 25, 2008
The project is becoming popular, I´m still shocked when people I know here in Buenos Aires ask me if I´m remaking Metroid 2. Here, GameBoys were rare back in the 90´s, but there´s people who know about the game and ask me about it. It might be beacuse I have an uncommon name. Who knows. Anyway, there are comments everywhere. Half of them about cease & desist letters, the other half with questions or suggestions about the project. It would be tiresome to sign up on every forum and news site, so I bring you... AM2R FAQs: The questions that are made everywhere, answered here. - When will the game be finished? I don´t know. I hope to have some free time these months, it might be possible to finish it this year. - I don´t like the AM2R name, will it change? Yes, but the name is yet to be decided. Suggestions are welcome. - Did you do ALL the programming by yourself? No, I started with Martin Piecyk´s platform engine, and customized it to add all the Metroid abilities. - Will yo
69 comments
Read more

The progress so far 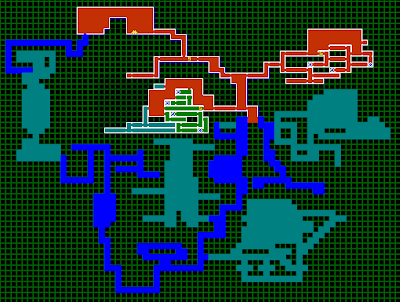 This is a rough estimate of how advanced the project is: Physics, states, behaviours - 95% Abilities - 95% Powerup System - 90% Weapons - 98% Enemies - 15% Map System - 99% HUD - 100% Level Design - 15% Sound FX - 5% Music - 0% This little map shows a draft of the entire game, along with the already completed areas (the ones colored red are mapped and tiled). Right now I´m mapping all the rooms of the game with black squares for tiles. This will give me an idea of how dynamic travelling between zones is, if a tunnel is too cluttered, etc. before spending too much time with tiles. I´m also trying to figure out how I´m going to implement the vertical pipes of the second ruins. I noticed these days that the project is somehow extremely popular now. The rumor spread around many gamer sites with a lot of possitive comments, and advise about the "cease and desist" letter that many think is imminent. I learned about other great projects that got shut down for legal reasons, that mad
60 comments
Read more 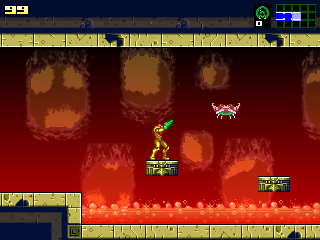 2007 So there I was, beginning 2007 without my studio, without work. Me and my girlfriend couldn´t afford vacations this year, so we focused on finding a new place for my studio. By the end of february we found an old house near a train station, it was practically destroyed, but I could see more than ruins there. I rented the place, and started rebuilding my recording studio. I´m definetly not a handyman, I had to learn how to do practically everything, since construction is very expensive here. About 9 months of continuous work later, I reopened my recording studio, along with 3 rehersal studios. You can take a look here if you want. I finished 2007 with new hopes, and more importantly, more energy to put into the project. 2008 I moved the project to Game Maker 7, this boosted the overall engine speed a bit. I also decided to make public my game. So, here we are. By the end of January I started working on a tech demo, so the people would be able to experience the engine while they wa
43 comments
Read more
More posts